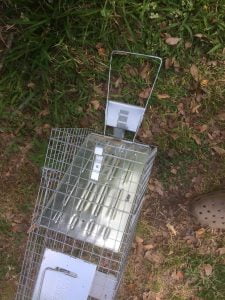 armadillo hole with no luck. I moved it to a game trail 4 days ago and caught a cat. The next day after resetting I found it like this. We have a lot of raccoons and it appears that one forced his way out. I wish I had gone to Amazon reviews prior to the purchase as they are now very weakly made as further images will show.

I have a long history with the older quality version of the Havahart 1079 trap as can be seen by this catch log. 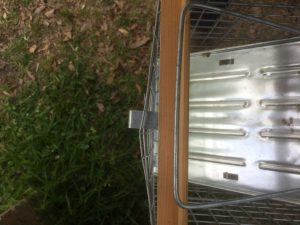 This and the next two images show where the raccoon bent the rim of the trap by pressing out on the bottom of the door. It’s very obvious that a lighter gage of wire is used in the current trap compared with the one I have over 10 years old. Havahart offered a replacement under warranty, but I see no good in that if the next one is made the same way. What if I had the trap in my car for relocation and the raccoon escaped in transit? It could have caused a fatal accident 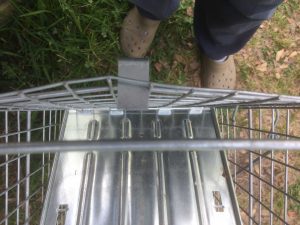 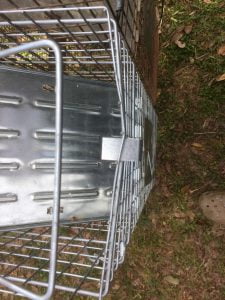 Below is an image of the trap I bought in June 2005. It is the same Havahart model 1079 and you can see it has a much stronger design. It’s caught many raccoons and over 120 armadillos with no breakage. It’s getting rusty and so I thought I would replace it with one just like it. Little did I know that the design had been degraded so much. I’m very sorry to have bought it and I wish Havahart would take it back. Don’t see any point to getting another like it. 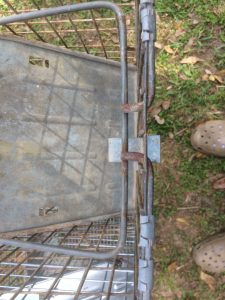 In fairness to Havahart they did send me a replacement trap and told me to keep the damaged one.